One of the major attractions along the Outer Banks is the four lighthouses that stretch from Corolla to Ocracoke.  Three of the four, Currituck, Bodie Island, and Cape Hatteras are accessible without using a ferry.  The Ocracoke light sits on Ocracoke Island and is only accessible by ferry.

The three featured here (Bodie Island, Cape Hatteras, and Currituck) are all easily accessible via NC Highway 12 and can all be seen in a day. 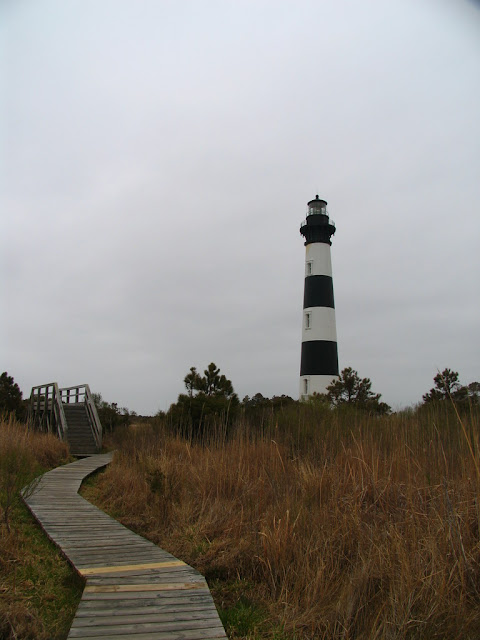 Located in the middle of the three lighthouses, Bodie Island Station sits just south of where US 64 meets NC 12 and US 158 at the north end of Cape Hatteras National Seashore.

Bodie Island is the third light to be located here.  The first light was built in 1847 - 10 years after Congress first appropriated funds for the lighthouse.  This light lasted only 12 years due to an unstable foundation.  A new light was christened the same year.  However, it was destroyed two years later by Confederate troops who feared the tower would be used by the Union Navy. 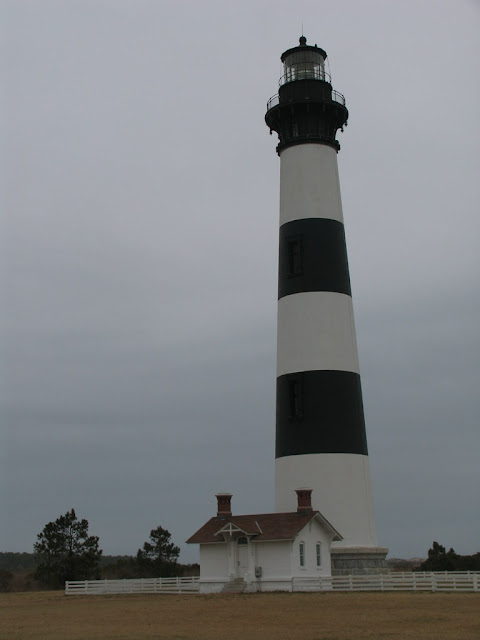 The first light stood 54 feet high.  The second tower stood 80 feet tall.  Both lighthouses were located south of Oregon Inlet and Pea Island.  Both sites are now underwater as a result of the continued southward migration of Oregon Inlet.

The third and current light was constructed in 1872.  This time the light was built on the north side of the Oregon Inlet.  Standing 156 feet tall, the new light nearly doubled the height of the 1859 light.  The all-brick lighthouse still is home to its original Fresnel lens.  The light became electrified in 1932 - a year after the light became fully automated. 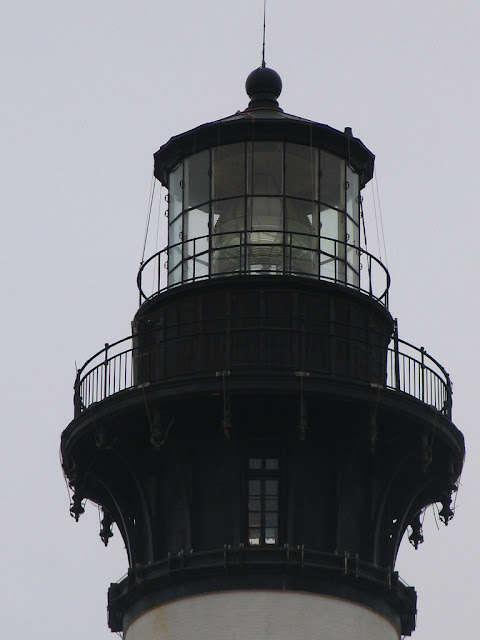 The grounds surrounding the light transferred to the National Park Service (NPS) in 1953.  In 2000, the Coast Guard transferred the lighthouse to the NPS.  The lighthouse underwent extensive renovations from 2010 - 2013.  After the completion of renovations, the light tower was officially open to the public.  Visitors can now climb the over 200-step tower at a cost of $10 per adult / $5 per senior citizen/child under 11. 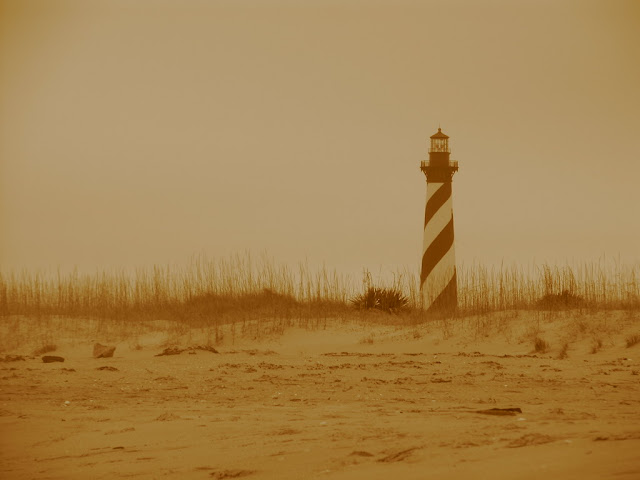 An hour's drive along NC 12 south of Bodie Island, the Cape Hatteras Lighthouse sits on Hatteras Island just before the terminal to the Hatteras-Ocracoke Island Ferry. Like Bodie Island, this is the third light to sit at Hatteras Island.  The first light was constructed in 1803 and stood 90 feet tall.  Just over 50 years later, the tower was raised to a height of 150'.  After sustaining some damage during the Civil War, a new light was built in 1871.  The 1871 light is the current Hatteras Lighthouse. 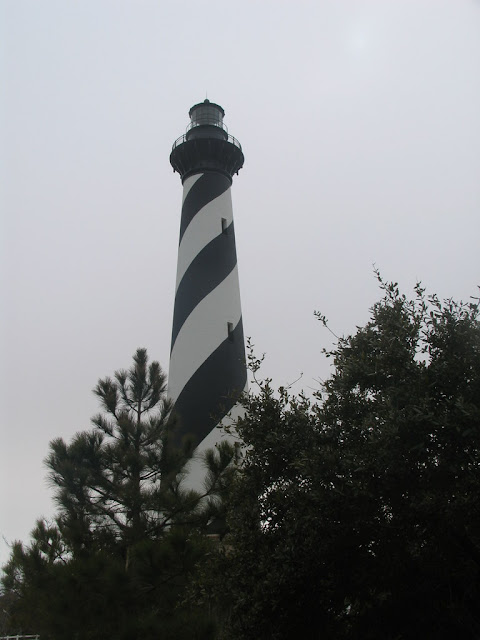 The light stands 188' tall - the tallest brick light in North America.  In 1999, due to beach erosion, the light was moved a 1/2 mile to its present location.  The light sat just 15 feet from the Atlantic before moving to its new home. 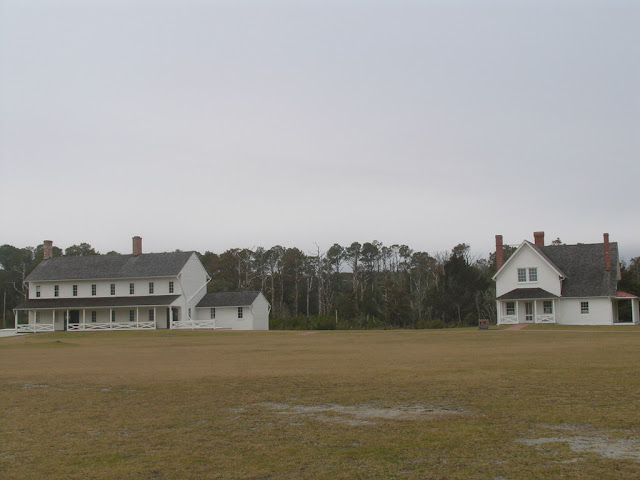 Visitors can climb the 257 steps to reach the top of the light. It costs $8/adult and $4/children or seniors over 62.  Children must be 42" tall.  Due to the age and possible renovations of the light - tours may not always be available - so check with the National Park Service prior to arrival.
Currituck Beach Lighthouse: 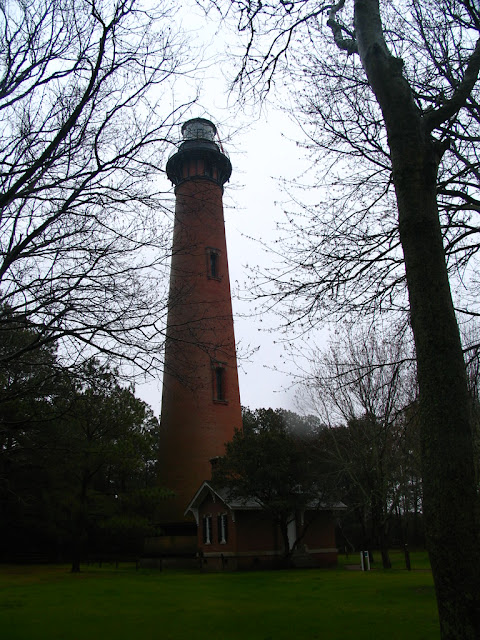 Just before NC 12 North runs out of pavement in Corolla, a 162-foot red brick light tower stands watch over the Atlantic.  The Currituck Light is the newest of the three lights featured in this article - built in 1875. 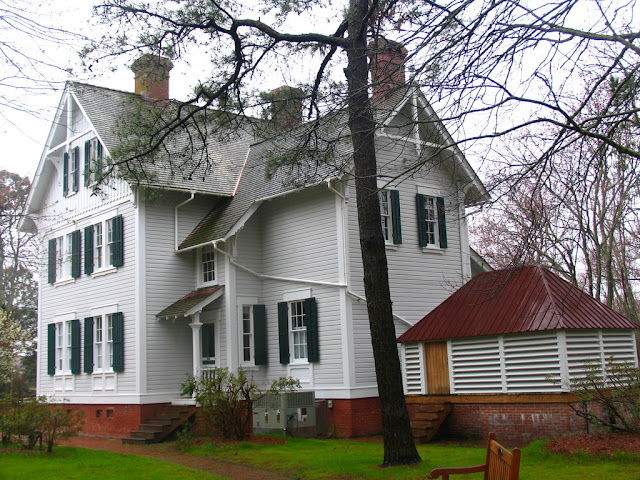 Unlike the Bodie Island and Hatteras lights, the Currituck light is not part of the National Park System and is maintained by the Outer Banks Conservationists.  The lighthouse, lightkeeper's dwelling, and grounds are available for tours from mid-March through December.  Tickets are $10 for ages four and up. 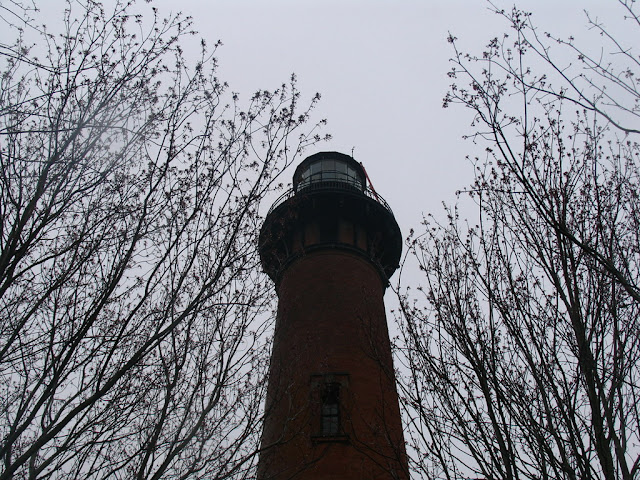 Another unique feature is that the light does not have a painted daymark like most other lights.  The red brick makes it unique to the other lights along the Outer Banks.  It is also the last all-brick lighthouse built on the Outer Banks.
All photos taken by post author - March 2009.
Sources & Links:
How To Get There:
Email Post
Labels: Currituck County Dare County lighthouses Outer Banks