Interstate 85's 235 miles through North Carolina are not entirely that spectacular.  Not entirely scenic, 85 also lacks the well known 'South of The Border' billboards that dot the landscape surrounding Interstate 95.  Nor does it run along the impressive skyline of Charlotte like Interstate 77.

But around mile marker 86, there is one landmark that many drivers along the now eight lanes of  I-85 can point to for over 50 years.  It is 'Big Bill' - the towering 31-foot tall Paul Bunyon-like statue that sends a friendly wave to all that drive by.
'Big Bill' is part of independently-owned Bill's Truck Stop, which has been operating at I-85 and Belmont Road (Exit 86) since 1968.   Bill's is one of the last classic style truck stops on the American Interstate.  It has many amenities of the larger stops - a sit-down restaurant, garage, showers, laundry service, and even a radio repair shop.  Yet, Bill's is quaint and much smaller sized than the massive stops found along the highway today.
Bill's Truck Stop was started by Robert Walser.  Walser ran and operated Bill's until his death in 2019 at age 86.  Walser was a fixture at Bill's, and many truck drivers knew him by name.  Walser also operated at least one more truck stop in the Lexington area.  This stop was located at what is now the Downtown Lexington interchange on what is now Interstate 285.
Big Bill is actually the second towering figure to watch over Interstate 85 at Bill's.  Until 1987, a giant Sunoco (Gas) Man stood along the highway
Though changes to Interstate 85 have changed Big Bill's position a bit.  Currently, he now faces Northbound drivers - while his backside faces Southbound traffic.  He's still a friendly wave and landmark on an otherwise forgettable highway.
Sources & Links:
How To Get There:
Email Post
Labels: Davidson County roadside attraction Truck Stops

Unknown said…
This Big Man was first put up when the truck stop was called Piedmont Truck Stop.
My grandfather (Clark (Pappy) Thompson) and family ran that truck stop at that time.
March 14, 2022 at 7:19 PM 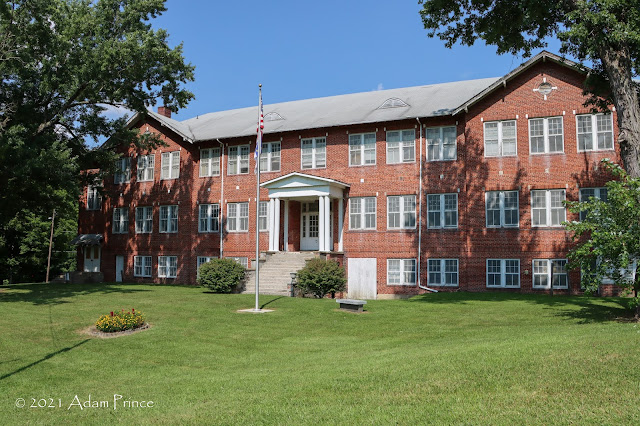