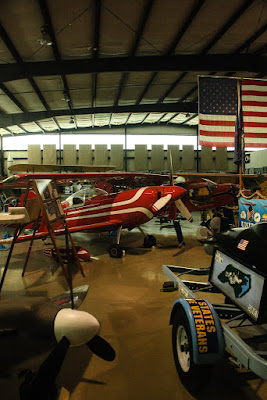 Since the Wright Brothers, modern North Carolina has been shaped by aviation.  From the historic Piedmont Airlines, to Seymour Johnson Air Force Base or the growth at Charlotte-Douglas and Raleigh-Durham International Airports, air travel has played an important part in our state's modern history.

The North Carolina Aviation Museum and Hall of Fame is a non-profit volunteer run museum in Asheboro.  Located among the hangers at Asheboro Regional Airport, the museum focuses on both civilian and military aircraft from private collections and historically accurate models.

The museum is open Thursday through Sunday's from 11 am to 5 pm.  Admission is extremely reasonable: $10 for adults, $8 for seniors and military, $5 for kids over seven. Children under 7 are free.

The museum got it start from Jim Peddycord's donation of his personal collection in the mid-1990s. His efforts along with those of Craig Branson led to the creation of the museum and the official designation as the State Aviation Hall of Fame and North Carolina Aviation Museum by the General Assembly in 2003. 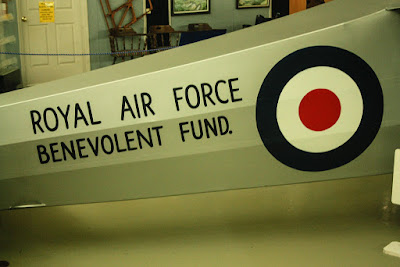 One of the key pieces of the museum is the Piper J-3 Flitfire which is one of the last planes flown by Orville Wright.  The museum also has a replica of a P-51 Mustang that was flown by Major George E. Preddy of Greensboro.  Preddy scored the most aerial victories in a P-51 during World War II.  Tragically, Preddy was killed by friendly fire on Christmas Day, 1944. 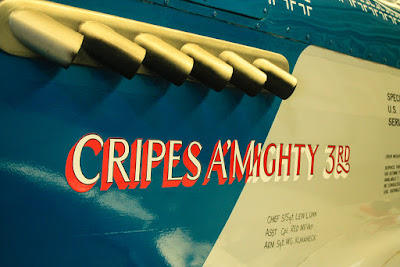 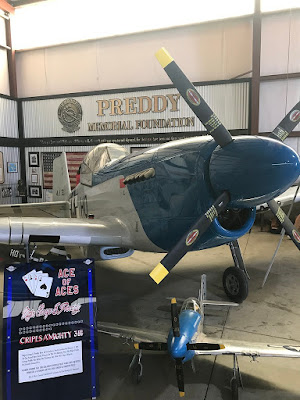 The museum hosts numerous events and fly-ins throughout the year.  They are always looking for new volunteers and working on new exhibits.