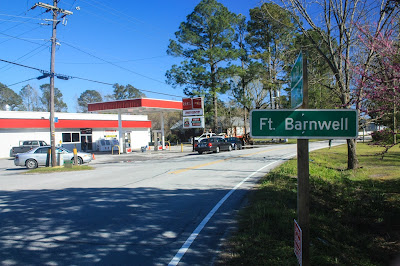 FORT BARNWELL - Craven County community along NC 55 that is named after the colonial era fort constructed by Colonel John Barnwell of South Carolina in April 1712.  The fort was built as part of a campaign during the war against the Tuscarora Indians.  Remains of the fort can be found nearby. 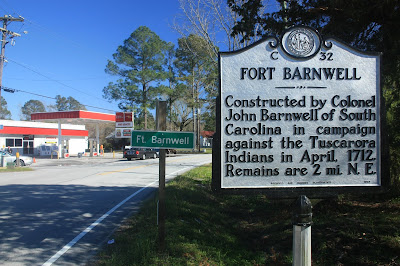