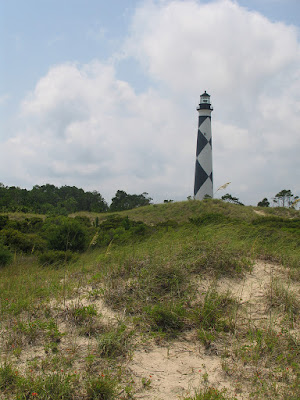 What may be the prettiest area of North Carolina is also one of the more difficult parts of the state to get to.   With the exception of the Visitors Center on Harkers Island, Cape Lookout National Seashore is only accessible via boat.  At least five different ferry points allow access to different locations along the barrier islands from the mainland.  Cape Lookout National Seashore is popular for camping, fishing, surfing, exploring, or just getting away for the day.

One of the more popular spots to visit within the National Seashore is the Cape Lookout Lighthouse.  There are a number of passenger boat operations from Harkers Island that will take you on the three mile ride to the lighthouse. 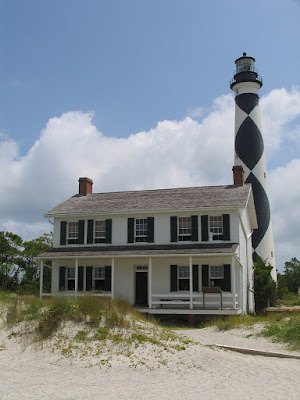 The 163 foot tall lighthouse was built in 1859 and is the second lighthouse to guide ships around the dangerous waters off the coast of the Southern Outer Banks.  The first lighthouse was constructed in 1812 and stood only 93' tall.  The current lighthouse, authorized for construction in 1857 at a cost of $45,000, is accompanied by a two story keeper's home.  The home, which was built in 1873, now serves as a museum. 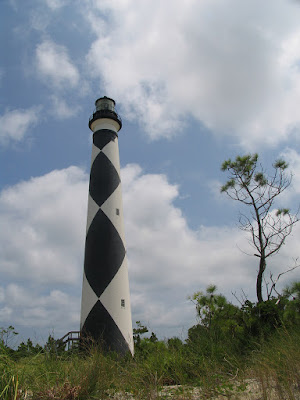 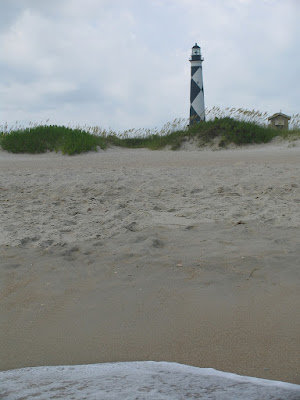 The lighthouse is now available for visitors to climb.  It is 207 steps to the top and the view of the open Atlantic, mainland, and the Core and Shackleford Banks is said to be amazing.  Unfortunately, when I visited the lighthouse in July 2008 - climbing to the top of the lighthouse was not available. 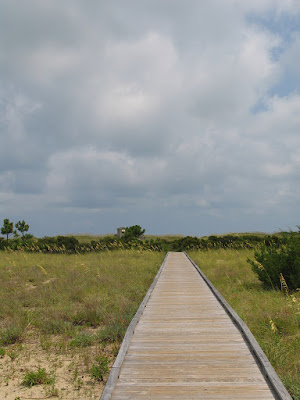 In addition to the lighthouse, Cape Lookout National Seashore has many other points of interest.  At the north end of park is the site of former Portsmouth Village.  This coastal village was a small but important port during colonial times.  The village was chartered in 1753 but officially abandoned in 1971.  Today, there are 21 buildings of the coastal community preserved as part of the park.

Along the southern boundary of the park sits the Shackleford Banks.  This barrier island is well known for the wild horses that inhabit the island.  It is also a popular location for fishing, hiking, and camping.

Cape Lookout National Seashore preserves nearly 56 miles of coastline along the Southern Outer Banks.  The seashore was authorized into the National Park System on March 10, 1966.