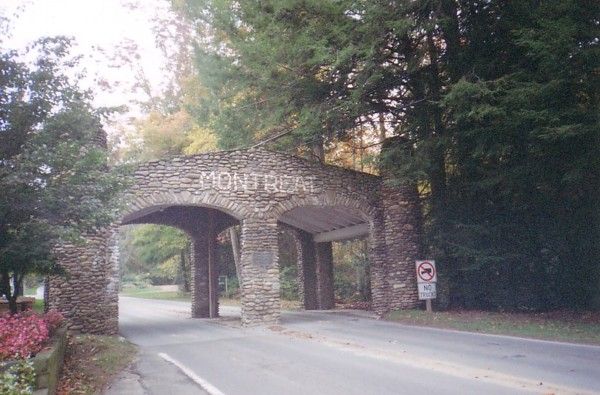 Possibly home to the most unique entrance into a town within either of the Carolinas, Montreat is a Buncombe County community surrounded by the Blue Ridge Mountains.  Chartered by the Mountain Retreat Association in 1897, Montreat comes from the two words "Mountain" and "Retreat".  The charter was acquired by the Presbyterian Church ten years later.  The Church built the Montreat Conference Center and helped to establish Montreat College on the grounds.  The Conference Center continues to host many religious conferences and retreats to this day.

The town was incorporated in 1967 and is very well known today for being home to the late Reverend Billy Graham and his late wife Ruth. 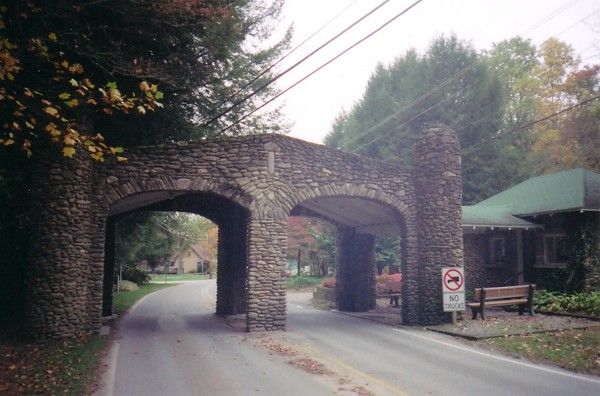 The distinctive Montreat Gate was built in 1922 as a replacement of a wooden gate placed there in 1909.  The gate served as a toll booth for those wishing to enter the grounds.  The fees were typically paid by church conference attendees and was used to help cover costs for maintenance of the grounds and services.  In 1969, two years after Montreat became an incorporated town, the fees ended.

Twice in 2016, the Montreat Gate was damaged heavily by trucks.  A June 2016 incident involving a U-Haul severely damaged the gate.  The damage was estimated at $25,000.  Once construction started to repair the gate - it took less than 30 days to complete.  The gate was reopened to traffic that October.